In my latest readings of the book by Jason Randall, titled Trout Sense, a work that is subtitled “A Fly fisher’s guide to What Trout SEE, HEAR, & SMELL” the author draws an extremely interesting comparison.  He compares fly fishermen in a sense to door to door salesmen – putting the entire act of chasing trout on the fly into an entirely new perspective.  He writes:

We are marketing our wares to a skeptical consumer, one that is often not quite convinced it wants what we are selling.  To help us make the sale, we need the equivalent of market analysis.  A good salesman considers two things: the target audience and how the product appeals to the target audience.

Simply put, what can we do as anglers to cause an “EAT” reaction, instead of “DON’T EAT” response?  With streamer fishing we are knocking on a lot of doors throughout the day – there are a extreme multitude of factors that play into enticing an “EAT” response that we must consider. 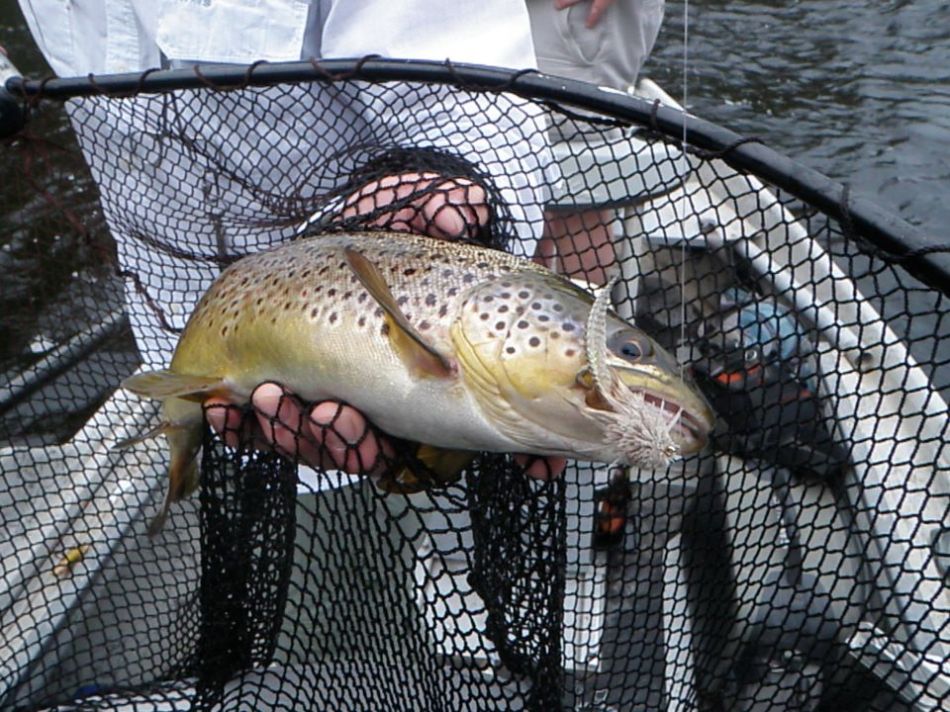 Size, shape, and color of the streamer often times plays an extremely important role in triggering a desirable response.  Does the pattern that we are presenting to our ‘customers’ match or resemble what they want to ‘buy’?  Also, action of the streamer plays an enormous role – does the pattern move or act like potential prey?  Does the fly act like a fleeing or injured food item, making it an easy target?

The product that we are selling is ENORMOUSLY important – as any salesman will tell you, if you don’t have a good product that is marketable, it makes selling it much more difficult.  However, I’d argue that at the very least equally important to the product – probably even more important – is the number of doors we are knocking on.  In many sales type roles, it becomes a numbers game, streamer fishing is not any different.  Simply put, the more doors you knock on the better your chances to make a sale.  Even if your product is not the perfect offering, if you present it to enough fish the odds tip in your favor.

Get your bugs in the water and pull them around…..the more times the better.  Don’t waste time making several false casts, don’t get caught up with frequent bug changes, and don’t waste time doing other things that prevent your flies from being in the water.

This entry was posted on March 23, 2015 by Chief Rocka. It was filed under Flies, Streamers, Tactics and was tagged with michigan, Steelhead, streamer fishing, streamer presentation, trout.