When Chief first asked me if I would contribute to this prestigious fly fishing blog, I figured someone blasted him in the head with a musky streamer on a back cast. Then I thought, what if someone has finally recognized my true potential as a savant fly fishing blogger, and now is my big chance to amaze the Internetz with my skills and knowledge?! Unfortunately, my dreams of winning a Pulitzer were quickly extinguished as he revealed that the segments were to be focused towards fisherpeople (I see you fisherladies!) who are new to fly fishing — and as I was the noobiest of noobs he knew, I’d be a perfect candidate. But, I’ll still take it!  Everyone, welcome to amateur hour!

First things first: being “new” at fly fishing is incredibly relative, as there are so many different facets to this sport. So, even though I definitely want to make true newcomers feel at home, some of you pros may find something useful here, as well. With copious ways of putting flies in front of fish, in just as many geographical and seasonal scenarios, there are always opportunities to jump back on the new guy bus. A grizzled, seasoned fly-chucker can find himself lost in the sea of kindergarten supplies as he finally delves into tying his own flies. Or an “out-west” angler who’s used only a 5wt and dry flies to seduce trout-skis from soothing, unobstructed meadow streams may find himself moving to Michigan. As such, he may be coerced into a 20ft, 15wt double-handed skagit rig, and may try to throw six-inch articulated piles of marabou and deer hair for steelhead in large rivers filled with sunken trees that have magnets tied to them (true story: MI rivers are where kitchen magnets go to die). Odds are he’ll be forced down the skill ladder lickety split and feel like it’s his first time on the water when that slab of chrome runs under a log and makes him a fool. But to me, this is what makes fly fishing so great. It’s really hard to find yourself bored or unchallenged (or with a healthy savings account).  Hopefully, this will be a place we can all come together and talk about how lost we all can be in this sport — and maybe even ways we can navigate learning it better. 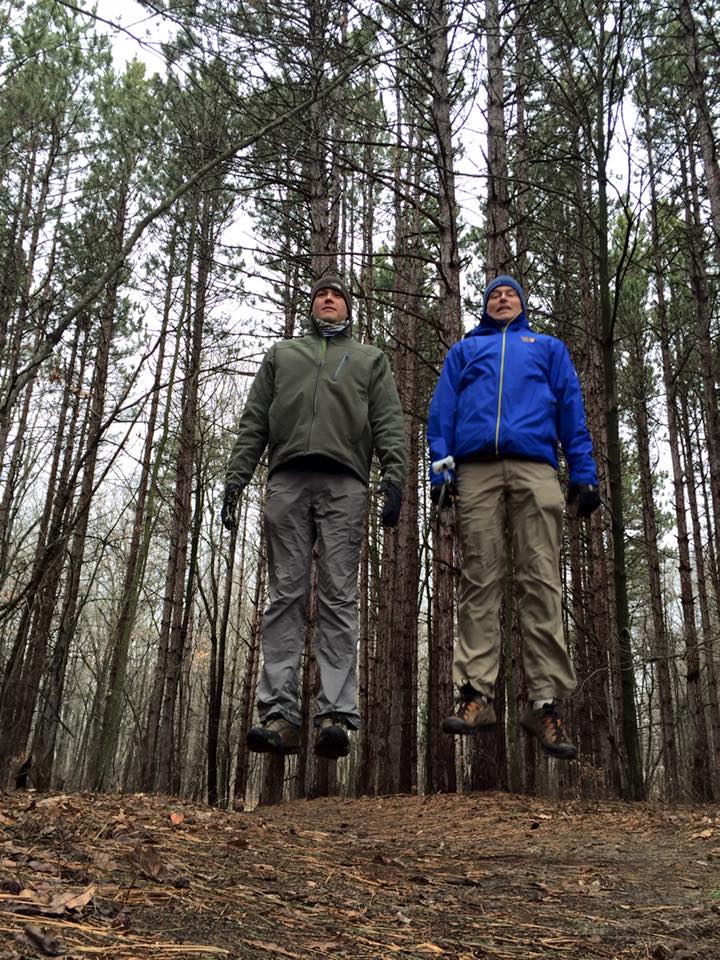 When not watching YouTube videos of how to catch steelhead on midges and blue winged olives, Adam hones his magical levitating abilities.

But, as this is amateur hour, I feel the need to prove I’m not some retired river rat masquerading for fake Internet points, and actually someone who is still finding his way around this sport. Even though I can hold my own with the puffy-jacketed, flat-brimmed, old-timey-cigar smokers in a fly shop conversation, I assure you, I still really have no idea what I’m doing. Sure, I tie my own flies (with a vast variance in skill and outcome), have multiple rigs, can tie blood knots in my sleep and have a fairly decent overhand cast (also with varying skill and outcome), but there are plenty of things that still make me Mayor of Newbville. To show you how fearless I am, let’s examine a few of my fly fishing flaws on the Internet, shall we? What could go wrong!?

Ok, I’ll leave you all with a video of one of the Golden Girls roll casting like an absolute BOSS….since I clearly can’t.

This entry was posted on January 25, 2016 by AtomicTree. It was filed under Flies, People and was tagged with brown trout, fly fishing, fly tying, michigan, new fly fisherman, pere marquette, Steelhead, Streamers.